Change to: The Debate We Need 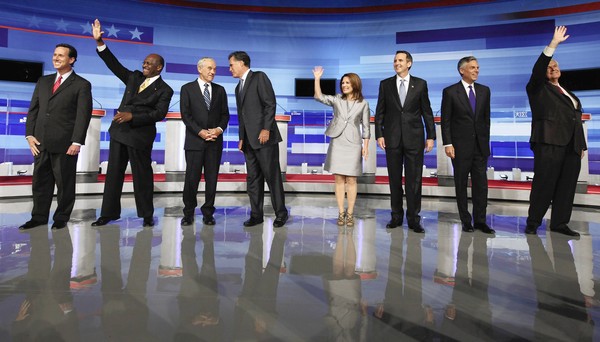 The Republican presidential candidates who participated in last night’s Iowa debate put on quite an interesting, as well as entertaining, show.  With political analysts pointing out that this weekend’s Ames straw poll could winnow the field, the gloves came off as the eight candidates fought to maintain a critical mass of voter support.

Anyone who turned on the debate, though, to learn the candidates’ visions for healthcare in the United States would have come away disappointed.

We learned, to no one’s surprise, that the GOP presidential contenders have a steadfast dislike for the Affordable Care Act that President Obama signed into law last year.  Most of the candidates also believe that the individual health insurance mandate contained in the ACA is unconstitutional.

It was also clear that, as long as former Massachusetts Governor Mitt Romney is the frontrunner, he will be criticized for what rival Tim Pawlenty calls “Obamneycare.”

But future GOP debates need to do more than reaffirm what the White House aspirants are against.  There are indeed widespread concerns about the current health reform law, including questions over affordability, healthcare quality and whether an unprecedented expansion of Medicaid is the best approach for reducing the uninsured population.  Those who would take Mr. Obama’s place need to spell out for us how they would do things differently.  The questions they need to answer include:

•     Do you support eliminating pre-existing conditions as a barrier to health coverage?  And, if so, how do you achieve that without an individual mandate to ensure that consumers don’t wait until they’re sick or injured to purchase health insurance?

•     How do you slow down the growth in healthcare costs without undermine healthcare quality, access or innovation?

•     How do you address the question of Medicare sustainability?

•     What are your answers to the projected workforce shortages in healthcare?  How do we ensure enough medical professionals to treat a growing patient population?

•     With the CDC calling for a huge escalation in the number of Americans with diabetes, how do you propose to address the rise in chronic disease cases that are driving healthcare costs?

With these questions and many others, there’s an important health policy debate to be had among the Republican presidential contenders.  It just hasn’t happened yet.