He’s Not a Pharmaceutical CEO 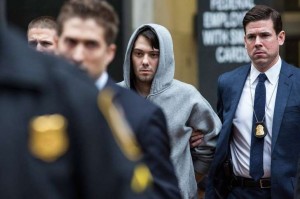 In the movie Wall Street, the amoral corporate takeover specialist Gordon Gekko is intent on taking over the fictional airline company BlueStar so he can break it up into pieces to sell off for a hefty profit.   In a technical sense, he would become an airline CEO, even if he didn’t know a fuselage from a tail fin.

Martin Shkreli is a real-life Gordon Gekko.  Just arrested this week on securities fraud charges, Shkreli, the 32-year-old co-founder of the MSMB Capital Management hedge fund, has been a fixture in the news over the last several months because of his purchase of Turing Pharmaceuticals and the subsequent decision to raise the price of a decades-old anti-parasite drug from $13.50 a pill to $750.

Headlines about Shkreli’s arrest refer to him as a “pharmaceutical company CEO.”  In the strictest sense, that’s true.  In reality, he bears no resemblance to the leaders of the nation’s research-based pharmaceutical companies who invest billions of dollars in the development of new cures and improved treatments.  It’s a gross inaccuracy to paint the entire biopharmaceutical industry with the stain of Shkreli’s profiteering example.

Some are doing exactly that, though, and using the Turing episode as a catalyst to call for greater government price controls on prescription medications.  Here’s an example just this week from the Vox website:

“The story of Martin Shkreli and Daraprim’s giant price increase is, more fundamentally, a story about America’s unique drug pricing policies. We are the only developed nation that lets drugmakers set their own prices — maximizing profits the same way that sellers of chairs, mugs, shoes, or any other seller of manufactured goods would. In Europe, Canada, and Australia, governments view the market for cures as essentially uncompetitive and set the price as part of a bureaucratic process — similar to how electricity or water are priced in regulated US utility markets.”

The analogy is, of course, severely flawed.  The supply of electricity and water is not contingent upon innovation in the same way that new medicines must be developed and constantly improved to combat cancer, heart disease, diabetes and Alzheimer’s, to name just a few chronic illnesses that affect tens of millions of us.  It’s notable that the calls for bureaucratic price controls, using Shkreli as the poster boy for egregious corporate greed, seldom mention the inevitable tradeoffs in the form of fewer resources for medical research.

Yes, the cost and accessibility of medications is a concern and one that should be addressed, but not with so-called solutions that make society choose between greater affordability today versus better health outcomes in the foreseeable future.  As we’ve seen with the price drop on the Hepatitis C cure once other companies developed their own medications to compete with Gilead Pharmaceutical’s Sovaldi, the market is often self-adjusting when it comes to price.  There are other ideas that warrant discussion, such as regulatory reforms to reduce the extraordinary cost and expense involved in moving a new drug from laboratory to patient.

The point is, it makes no more sense to let an outlier like Martin Shkreli drive pharmaceutical pricing policy any more than it would to arrest every financial services executive because Michael Douglas was so believable as Gordon Gekko.