Since 1994, Tom has served as a Regional Director for the Healthcare Leadership Council (HLC). Tom has more than 30 years of political and public affairs experience. He has organized and managed political, grassroots and media campaigns throughout the Northeastern and Mid-Atlantic, Midwest and Southern United States.  He has held positions on congressional, presidential, and gubernatorial campaigns and state ballot initiatives. Additionally, Tom served on the staff of then-United States Senator and former Vice President Joseph R. Biden, Jr. (D-DE).

Tom earned his Bachelor of Arts degree from the University of New Hampshire in 1988. He and his wife, Pam Yonkin, live in New Castle, NH with their daughter, Sophie, and son, Cole.

Brad Crone has served as a regional director for the Healthcare Leadership Council since 1993. He has more than 25 years of government affairs and public relations experience. Prior to joining HLC he was a daily newspaper publisher at The Thomasville Times in Thomasville, N.C. He was the first desktop publisher in North Carolina with his weekly publication The Clayton Star, which he sold in 1989.

Brad served as special assistant to N.C. Commissioner of Agriculture Jim Graham and Deputy Press Secretary to U.S. Senator Lauch Faircloth during his 1984 gubernatorial campaign. During his college years, Brad served as a political reporter and then afternoon editor for WPTF AM 680, a 50,000-watt news/talk radio station in Raleigh, N.C.

Brad earned his Bachelor of Arts degree in Political Science with a concentration in Communications from North Carolina State University. Additionally, he has studied at Mount Olive College, N.C., and the N.C. Institute of Government.

Since 1994, Brian has served as a Regional Director for the Healthcare Leadership Council. Brian specializes in advocacy and public affairs, providing a variety of grassroots, coalition building and political intelligence services throughout the United States. He has spoken to numerous groups around the country on topics including federal legislation, all aspects of healthcare and politics and elections. Brian has also served as a moderator at hundreds of Congressional meetings on healthcare issues.

Brian is a Senior Partner at Allison + Partners. Brian has also managed numerous state and national projects for other corporate clients, trade associations and non-profits including PhRMA, the Partnership to Fight Chronic Disease, the Brady Campaign to Prevent Gun Violence and The New Georgia Project.

Prior to serving as a public affairs consultant, Brian was an attorney with the Atlanta law firm of Gray, Gilliland & Gold. He is a member of The State Bar of Georgia. He was also active in state and national politics, having worked for the Clinton-Gore campaign as well as numerous Congressional and state campaigns in Florida and Georgia.

Kristal has been deeply involved in public affairs her entire career. She provides a valuable blend of advocacy, health policy, regulatory and legislative issue, government relations, strategic communications, coalition building, and political expertise. As Regional Director for the Healthcare Leadership Council, Kristal oversees the organization’s regional advocacy program for much of the Midwest region of the United States.

Kristal graduated from Transylvania University in Lexington, KY with a Bachelor of Arts in Political Science and Clemson University for her Master of Arts degree. In the community, she mentors and volunteers with a variety of organizations including the Special Needs Camp of KY, Inc, a national storytelling festival, and a focus on womens’ leadership advancement. 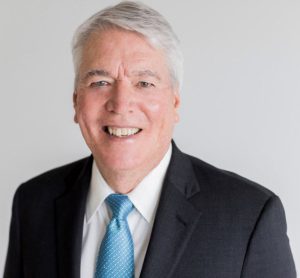 Since 1993, Paul has served as a Regional Director for the Healthcare Leadership Council. Paul has more than 30 years experience in governmental affairs, public policy and political campaign management. A native of Oklahoma and Southern California, Paul is president of Pearson Public Affairs a company that has managed client projects in 19 Southwestern and Western states. He has extensive experience in organizing grassroots and public affairs efforts on state and federal issues.

As a member of the governor’s staff, Paul developed the Sooner State Games and was instrumental in bringing the 1989 U.S. Olympic Festival to Oklahoma. He has long been active in community activities as an advocate for abused children and the homeless.

Paul is an adjunct instructor at Oklahoma State University where he developed a series of applied politics courses for the political science department. 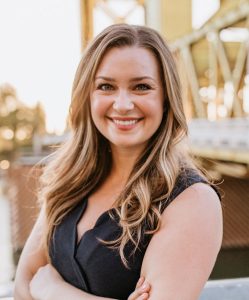 A tireless advocate and creative policy professional, Amanda has a proven record of coalition building and creating effective strategic communication plans around priority policy areas for both the public and private sectors.

Amanda is actively engaged in community leadership and volunteers with community organizations in the Sacramento region.

Amanda is an alumna of California State University Long Beach where she graduated with University Honors and a Bachelor of Arts in Political Science and minor in Communications Studies. Amanda is based in California.

Improving Diversity in Our Clinical Trials for Long-term Health Equity